One of the most awaited nights for all Barcelona residents is approaching.
The shopping night Barcelona 2016 will be celebrated on December 1th, an event already considered as the starting point for Christmas shopping and that seeks to enhance the lifestyle of the whole Paseo de Gracia on one of the most glamorous nights of the Christmas scene.

Alice in Wonderland, thread of the event. 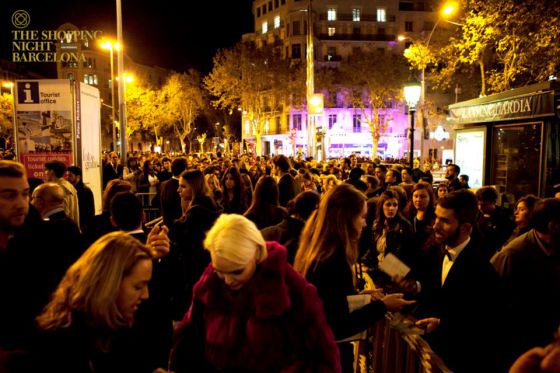 As is well known, the peculiarity of the shopping night Barcelona are its shops open until after midnight.
This edition, coinciding with the 150th anniversary of Lewis Carrol’s book, Palau Robert, at the end of Paseo de Gràcia, will become the gardens of the Queen of Hearts where Ágatha Ruiz de la Prada will play the Queen and host the party VIP with influencers and institutional representatives.
Everything, down to the last detail, will make you immerse yourself in the magical world of Alice. A theme unparalleled to celebrate as ever the Shopping Night Barcelona this year. 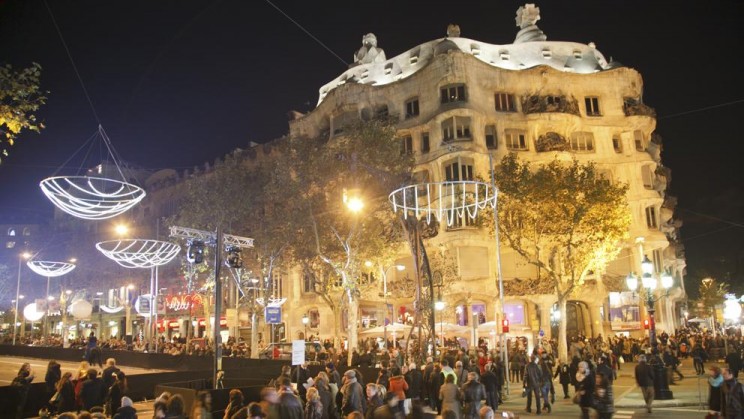 There will be great news regarding previous editions to further enhance the commercial axis of the Paseo de Gràcia.
The restaurant sector will be one of the main focuses, offering authentic gastronomy for the attendees throughout the night. 12 foodtrucks will settle between Gran Via and Casp to delight us with their gastronomic offer of street food.
In addition, the Luxury Experience is inaugurated, an accreditation that will be given by the various businesses of the Paseo de Gracia to invite all the people who are encouraged to attend exclusive parties and events of one of the most luxurious shopping nights in Barcelona.

The last edition brought together 85,000 attendees, 20,000 more than in 2014, which is expected for this year a higher attendance.
Also the hotels and restaurants of the area join the initiative offering a gastronomic offer of solidarity as in the Hotel Mandarin, where Carme Ruscalleda and Raül Balam will prepare a solidary soup. Or the Majestic that on its façade will recreate the tea scene of Alice in Wonderland.

If you already know, or still do not have the Christmas gifts in mind, this is one of the most attractive bets to buy them.
A real luxury plan to break the routine and have a great time.