Skip to content
Barcelona is one of the major tourist cities in Europe that attracts thousands of visitors each year. However, Barcelona is much more than the Sagrada Familia or luxury avenues such as Paseo de Gracia.
One of the delights offered by Barcelona for anyone visiting it or living in it, is the great drive that offers each district of the city, ​​making it a cosmopolitan city with a unique charm. Thus, each city districts and neighbourhoods are characterized by a cultural and historical importance: that’s the case with El Raval, an historical neighbourhood of Barcelona, a true symbol of the city’s multiculturalism.

Things to do in the Raval

El Raval is one of four neighbourhoods of Barcelona making part of the Ciutat Vella district. It borders Poble Sec, through the Paral lel avenue; Sant Antoni, through the Rounds of Sant Pau and Sant Antoni; and the Gothic Quarter, across the Pelayo street and it eventually also borders La Rambla. Among its main arteries, there are the Calle del Carmen, the Nou de la Rambla and Rambla del Raval.This neighborhood offers a central location towards where you can walk from Barcelona’s most interest points like the Gothic Quarter and the Eixample. The nearest metro stop is situated near Las Ramblas (line 1), the most famous street in Barcelona that covers one side of El Raval. 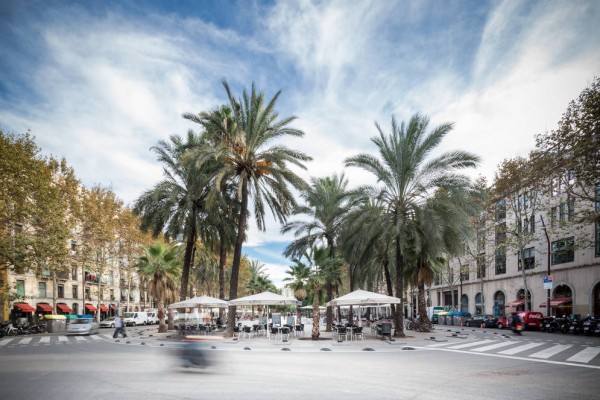 A past of expansion and religious edification, tinged with polemics

El Raval is part of the second stage of historical Barcelona development. The neighborhood was a place very populated until the city walls were torn down in the late twentieth century. With the demolition of the walls and the expansion of the urban area, the Raval went through a fast industrialization, and became the residence of the working class.

The neighborhood is also famous for its religious past, mainly due to the presence of the Monastery of Sant Pau del Camp and other several convents. It was also the area to grow ​​crops in medieval times.

However, this neighborhood has been considered for a long time as the most decadent neighborhood of the old Ciutat Vella district of Barcelona. In fact, the southern part of El Raval, near the harbor, was well known as the red light district of the city and parts of the neighborhood are responsible for the city’s nickname, “Chinatown”. In 1988, however, the government launched a major urban regeneration project and invested a lot of money to clean up the area, and so, el Raval became more modern and secure.

In recent years, the image and the importance of this neighborhood has seen a very positive change, making the Raval neighbourhood one of the current most important cultural places of the city.

Shopping: a wide variety of shops for all tastes

Today in el Raval, barcelonins and people coming from multiple countries with different cultures live together. In barcelona’s streets you can find businesses of all nationalities and even fashionable shops and new trends, especially in the upper part of the neighborhood.

Shopping in el Raval is a pleasure thanks to the exceptional boutiques lining the streets and giving you unforgettable experience purchase.

Fashion lovers can enjoy numerous boutiques that offer a mix of designer brands and high-end creations as they are not available anywhere else in the world, thanks to its collection of small clothing boutiques.

This means fashion-victims are in paradise.

There are also a lot of thrift stores, such as retro clothing stores. El Ravalt is one of the most original neighbourhoods to do shopping.

1. Workshops as Muchafibra (Carrer Reel), one of the main references of fashion in the Raval, who designs unique and exclusive pieces, working on educational and social aspects of clothing. And, among other things, they offer sewing classes or give up space and material for designers who want it. 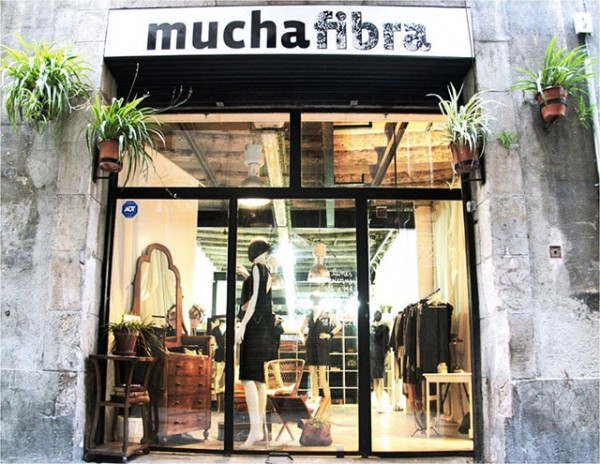 2. Fantastik (Joaquim Costa, 62) is an extraordinary bazaar where you can find gifts and trinkets from many corners of the world. If you are looking for a gift, this is the place to buy it. 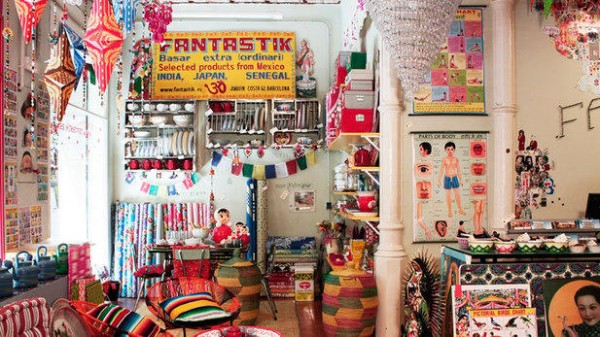 3. Gotham (Carrer Lleo) is a shop that specializes in twentieth-century styles. . They sell furniture and original objects from the 50s, 60s, 70s and 80s that appear in many of the films of Pedro Almodóvar. 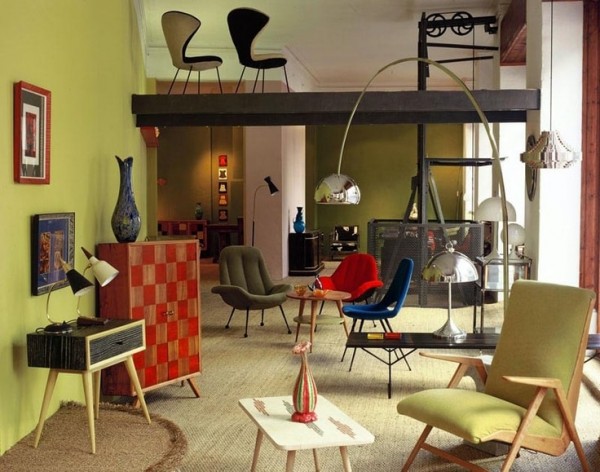 4. Discos Paradiso (Carrer de Ferlandina, 39) is probably the best record store in Barcelona. They have a great selection of incredible albums. It is a must for lovers of electronic music and the electronic music paradise vinyl site. 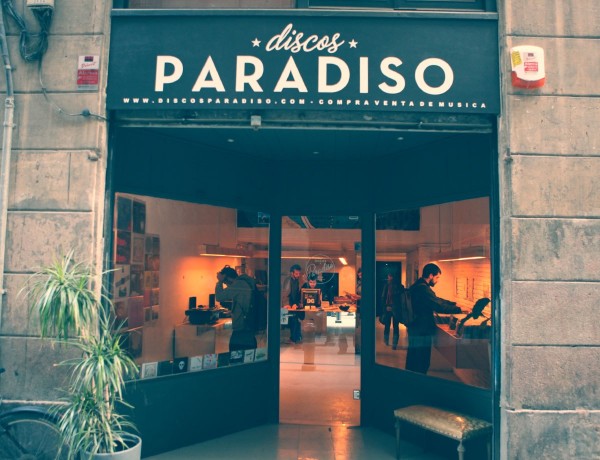 
We propose a list of the 5 most interesting places in the neighborhood.

The Santa Eulalia fountain (in Catalan, Font Santa Eulalia) is a sculptural monument in Plaça del Pedró in Barcelona, located in El Raval. It has been created in 1673.

It is considered to be the oldest monument in the city from the work of Benet and Josep Darder Pares. The fountain, was originally dedicated to Barcelona’s patron saint. In 1685 it was replaced by a holy marble built by Llàtzer Tramulles and Lluís Bonifac. The Fountain at first, was a sculptural monument, but in 1826 became a fountain. The work was carried out by Josep Mas i Vila. During the Spanish Civil War, in 1936, it was destroyed, and in 1951 it was rebuilt by Frederic Marès, with a new image of the saint.

The Sant Pau del Camp is a is a church and former monastery in Barcelona, Catalonia, Spain. It is a Romanesque-style monastery (monastery of the Benedictine order), located in the heart of Barcelona. It was outside the city walls, hence the reference in its name “Camp”, meaning field. The building surrounds a garden in which is the old abbey house, built between the thirteenth and fourteenth century, but finished in the XVIIIth century.

The church is small in size and the interior is covered with cannon rounds, typical roofs that characterize the Romanesque art.

Two former Visigothic marble capitals located on the front of the church are to be highlighted.

Time seems to have stopped in there, as if the monastery had remained isolated throughout the centuries, oblivious to the bustle and evolution of the neighborhood. 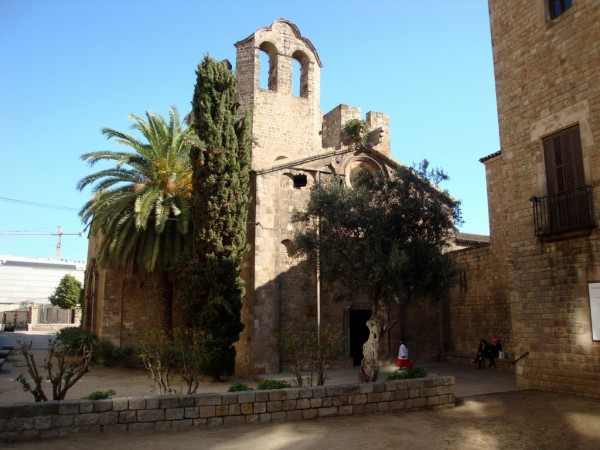 3. The Barcelona Museum of Contemporary Art:

The Barcelona Museum of Contemporary Art, named in Catalan Museu d’Art Contemporani de Barcelona, also known by its acronym MACBA, is dedicated to the exhibition of works made during the second half of the twentieth century. It has been declared a museum of national interest by the Generalitat of Catalonia.

Built between 1991 and 1995, the MACBA has 14,300 square meters divided into large rooms with white high brightness stays along which extend different exposures.

MACBA collection consists of more than 5,000 works created since the last century, from the 50s to present days, including some features of the mid-twentieth century abstract works, minimalist works of the 80s and some more recent work. 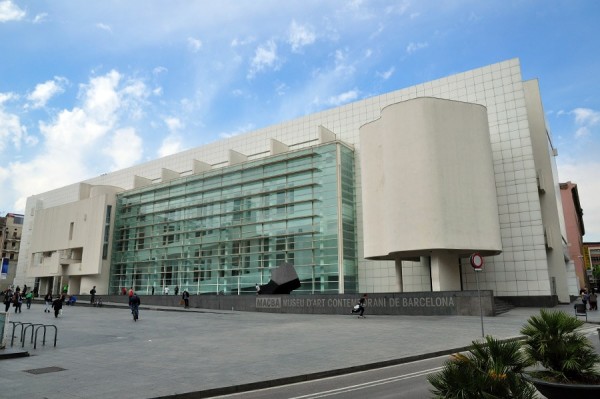 The Palau Guell was the first great work of Gaudí, that aws to become he home of his friend and patron Eusebi Güell. This piece of work, located in the Raval, is the most famous work of the artist and it opened to the public only in 2011.

Palau Guell was built during the years 1886 and 1888. During 1888, the Palau Güell was used for large receptions, parties and other events on the occasion of the Universal Exposition.

In the interior design, the architect combines the spaces where forms and materials come alive with artistic forms with novel solutions to adapt to the intense social and family life.

The San José Food Market (in Catalan Mercat de Sant Josep), popularly known as La Boqueria is a food marketplace located in la Rambla street in Barcelona. Besides being a place where you can buy all kinds of fresh produce, it is also a tourist attraction.

It has an area of ​​2583 m² with more than 300 stalls offering a variety of local and exotic products. It is the largest market in Catalonia, the most varied in food supply and also the most visited by tourists. 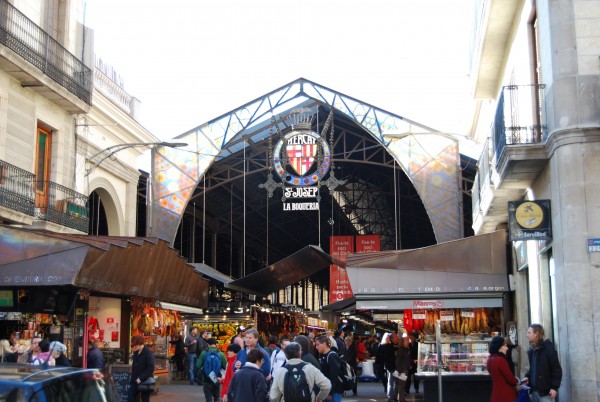 Restaurants and bars of the Raval:

El Raval is also an active and multicultural neighborhood that offers a wide variety of tempting cafes, restaurants and bars, so eating in El Raval is also an experience. The neighborhood is home to some of the best tapas bars in the city, in addition to many places of ethnic and experimental food. Among those worth visiting is El Jardí, which is located in the old courtyard of the Antic Hospital de Sant Pau. There is also the Bar Canete, an Andalusian place which is famous for its homemade tortillas, as well as its reminiscent south Spain atmosphere.

El Raval is also famous for its of ethnic food, especially Indian, Pakistani and Filipino. In the Raval, there is exotic food too.

Do not miss an important area of ​​the Catalan capital, which allow you to travel through the history of the city and unforgettable experiences through shops, historic monuments and gastronomy of Raval.