The Bonfires of San Juan (Víspera de San Juan) or “verbena” (open-air dance) of San Juan (Sant Joan in Catalan) is a Christian festival in which are usually light bonfires or campfires, linked with celebrations in which the arrival of the summer solstice is celebrated (on June 21 in the northern hemisphere, whose main ritual is to light a fire).

San Juan is celebrated in many parts of Europe, but is particularly settled in countries such as Spain, Portugal (Fogueiras de São João), or Norway for example.

One of the particularities of the Saint John festival, is that the night of June 23 is the shortest of the year and one of the most magical that can you can live in Barcelona.

If you want to enjoy all the activities and not miss anything of the prepared program, keep focused; 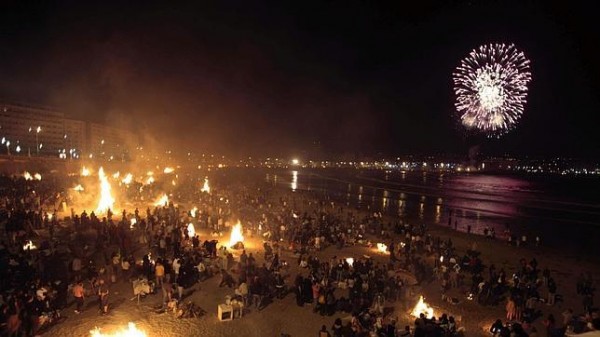 
You need to pay a special attention to the Canigou mountain if you want to know how the festival of Sant Joan begins.

This mountain is situated in the Pyrenees, more precisely in Pyrénées-Orientales, south of Prades and north of Prats-de-Mollo-la-Preste (in the South of France) where stands his impressive summit (reaching 2,784 meters). Many people dare to climb it, especially in the June 22 and they light a bonfire they watch all night.

The next day they come down to Perpignan with torches lit in the bonfire and return to their houses and neighborhood, according to tradition, in order to light there all the bonfires of the San Juan night of Catalunya.

Thus, on the evening of June 23, the “llama del Canigó” (the Canigou flame) arrives at Sant Jaume Square where it is received by municipal authorities. There you can hear and sing “Muntanyes del Canigó” (The Canigo mountains) while representatives from each district lit fires with the Canigou flame throughout the city.


The beginning of all festivities and traditions of the Saint John festival start with the lighting of the bonfires and then celebrations can take place in the squares and streets of Barcelona. Furthermore, the festival has its own popular food made especially for the occasion, but also shows with fireworks, dances and much more revelry until dawn.

Bonfires, gastronomy, family reunions, orchestras and celebrations, this is the program of the night of San Juan

The night of San Juan in Barcelona is magical: you can admire real fireworks and dancing until dawn in the beach bars or on the streets of different neighborhoods. This party has elements very marked and symbolic ways: fire, midnight baths, herbs of St. John, songs, dancing or healing and other magical rituals.


The renewing power of fire:

As we have previously mentioned, fires and rites related to this element celebrate the power of the sun to help you renew your energy. Legends say that the ashes of bonfires (quintessential image of this party) cure diseases. Another legend says that if you and your partner jump the fire holding hands, you will be together forever or if one of the flames touch your clothes, it means that you will marry before the end of the year. The tradition of lighting camp fires comes from ancient pagan cults that claim to ward off evil spirits, but it is also related to the prevention of epidemics by the anti-infective power of fire. In addition, people often throw off old furniture to cut their ties with past. 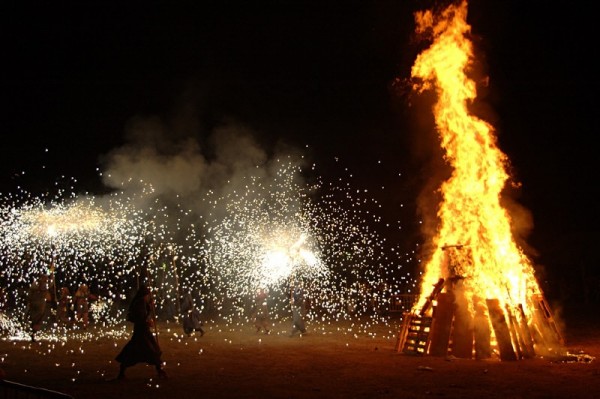 During the shortest night of the year, fire and water get together to make it magical. Swim at the beach at midnight has purifying virtues, cure aches and makes hair grow faster. Jump the waves and it will repulse negative energies.

In any case, according to beliefs, take a dip in the sea during the night of San Juan, it ensures health for the whole year. Although if you want your rituals to take effect remember that you can not look in the mirror after bathing during the night. 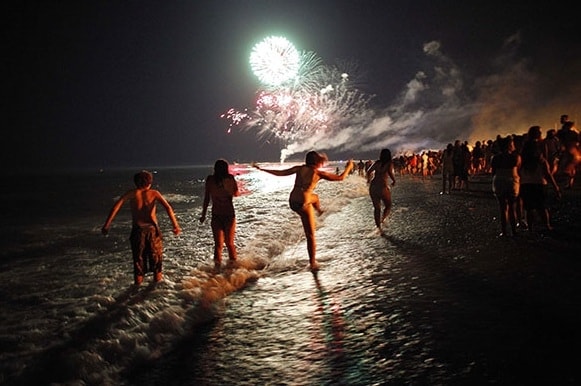 Seize the night of San Juan to make wishes:

Every opportunity is good to make a wish but there is no better time than making it during Saint John’s night if you want it to become true. All you have to do is to write your wish on a piece of paper and then throw it into the fire.

The San Juan cake, “coca de Sant Joan”, is one of the most popular and festive cake baked in Catalonia. We eat it to celebrate the Night of San Juan. There are many diverse cocas, with four main varieties: sweet, savoury, closed and open. All of them use dough as the main ingredient, which is then decorated. This dough can be sweet or savoury. If it is sweet, eggs and sugar are added, and if it is savoury, yeast and salt. Some cocas can be both sweet and savoury (typically mixing meat and fruit).
“The coca de recapte” is a savoury coca with a variety of different ingredients, usually including sausage and vegetables, available generally.

Once you’ve gone through all these rituals, it’s time to fill your glass with champagne until it overflows, to throwi firecrackers and let the fun last until dawn. Attends the performance of numerous orchestras enliven the different neighborhoods of the city and the numerous beach parties until the morning. Sant Joan this year falls on a Friday, so citizens will be able to enjoy a long weekend.

The verbena of San Juan in Barcelona, ​​is a popular celebration that everyone has to live in its own way by organizing family neighborhood meetings or friend dinners, music and camp fires. 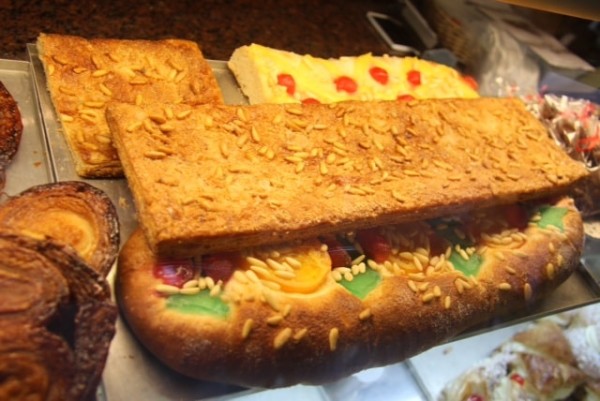 Come and have fun during the night of Sant Joan, one of the symbols of Barcelona holidays.
Feliç Sant Joan!