Barcelona is filled with roses and books as every year to celebrate the dyad of Sant Jordi 2016. During the April 23, there will be concerts, free pass in museums, fairs and of course, thousands of points of sale through the streets with roses of all colors and books.

Las Ramblas is the epicenter of Sant Jordi in Barcelona awaited by citizens when spring comes. 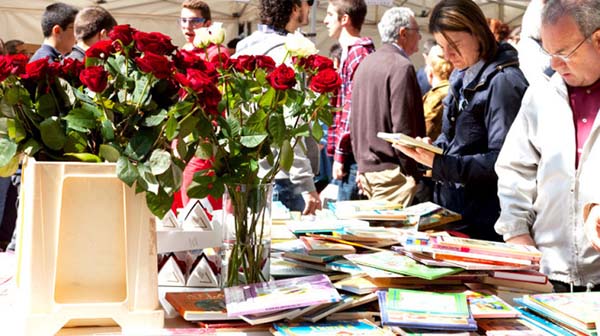 The day of Sant Jordi concentrated thousands of citizens in the streets of Barcelona to stroll among roses and books. As is traditional during the April 23, both the book and the rose are given away to loved ones so it is a very special day in the cultural and traditional calendar of the city.
Las Ramblas and Rambla Catalunya is where most people walk. By its tradition and charm it is one of the most beautiful places to walk and discover Barcelona.

This year on April 23 falls on a Saturday, a holiday day, so the Sant Jordi’s day will have a very good atmosphere.

Although the tradition is this, the city of Barcelona has also proposed a wide range of proposals and activities for everyone.

Do not miss the Saint George’s Day 2016 in Barcelona!

During Sant Jordi, musical groups as contrasted as Joana Serrat, Els Catarres or Mazoni among others will begin a musical dyad in the old factory Damm from 11: 30h to enjoy the audience on a journey to remember. Blaumut, Lax’n Busto or Animal also will be present that day. Later, a zone will be enabled in the backstage for people who comes to get the signature of their idols.

2. Sant Jordi on the streets 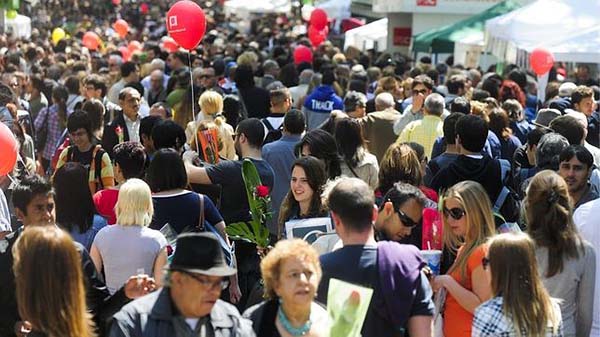 In addition, for the fifth consecutive year in the Passeig de Sant Joan there will be a fair with more than 40 tents exhibition and sale. Neighborhood shops, charitable organizations or cultural institutions will meet.
On the other hand, the second hand market Fleadonia in square Salvador Segui of Raval, will open its doors from 10am in the morning celebrating a special edition Sant Jordi for the occasion, dedicated to books and roses.

The culture is very present on the day of Sant Jordi so many cultural spaces such as the Hospital de Sant Pau, Palau Güell, the National Bibiloteca de Catalunya, The Museum of Contemporary Art, the Museum of history of Catalunya among others, will open their doors for free throughout Saturday. 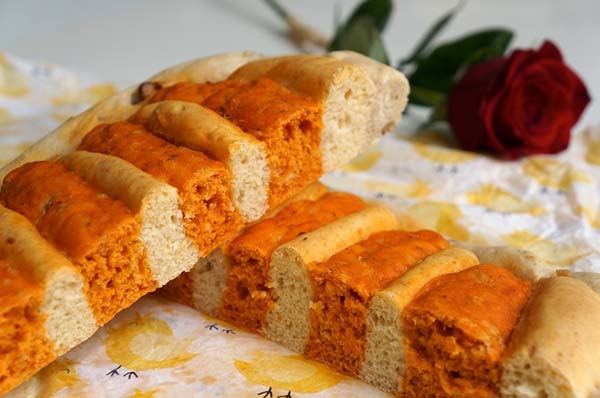 During the dyad of Sant Jordi, may taste a series of themed menus in hotels and restaurants in Barcelona.
The most exclusive locals proposals special dishes. Via Veneto, La Fonda, The Mandarin Oriental Hotel, Shibui Japanese restaurant among other, propose dishes like champagne with rose petals, or the traditional bread Sant Jordi.

Whether you are or not a Barcelona citizen, the Sant Jordi’s day is an experience you have to live at least once. The city is transformed and dyed red all streets and as nice as captivating atmosphere.