Bunkers del Carmel are built on the Turó de la Rovira (Rovira’s Hill), in the North of the city during the Spanish civil war to protect people from the fascist aviation’s attacks, the anti-aircraft bunkers in El Carmel offer a dazzling panoramic view over Barcelona for free. 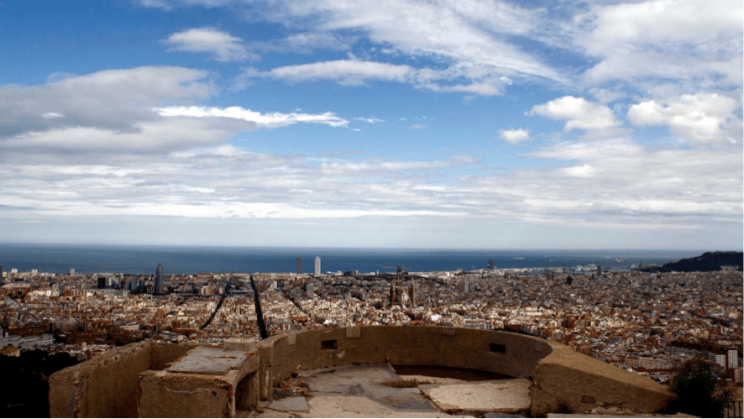 The experience is totally different if you go there by night or by day. The ideal is to arrive in the late afternoon to see it by day and to stay there to watch the sunset and the night view. Another great option is to go there early in the morning to watch the sunrise.

Whatever time you choose to go there, it is a perfect spot for lovers, for a romantic time on the heights of Barcelona. Of course, the view is enjoyable to have a picnic with friends or family too, or even alone to meditate in a peaceful setting. 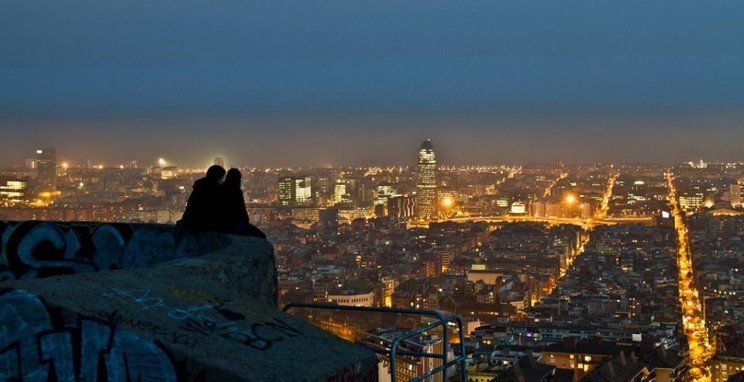 This spot was chosen to build them due to its panoramic view over the city. In addition to the bunkers, four cannons were installed to protect and defend Barcelona from potential bombings.

After the war, the artillery was removed, and in the holes caused by the bombings, districts made out of precarious houses appeared. They are called “barri dels canons” which means cannon districts. Immigrants built these houses using their meagre resources, and settled there. In 1990, Barcelona’s urbanization changed a lot to prepare the Olympic games of 1992, and these houses were removed. Earthenware and ruins are still visible, just like in an archeological site.

In 2006, the MUHBA, Museu d’Historia de Barcelona (Barcelona’s History Museum) started restoration works and added information signs to enable visitors to learn more about this important place in the History of the Spanish civil war. In 2011 took place the inauguration of this new public space, accessible for free.

The only negative point if you visit this amazing place is that you will never be able to watch the television without being bored anymore!

If you are planning to travel to Barcelona, we have the best apartments in Barcelona. Book now for the best price! 🙂 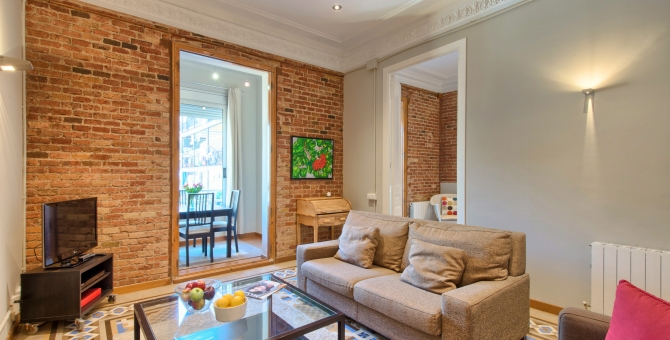