The building of the former Born Market dates back to 1876, and now hosts a cultural center consisting of an archeological site with remains from the Roman period, the Muslim period, the medieval period, houses from the XVIIIth century and records of the War of the Spanish Succession.

The market was inaugurated in 1876, it was the first big iron building of Barcelona. At the beginning it was a district market. From 1921, due to the increase of commercial trade and the congestion in La Boqueria market, El Born Market was converted into a fruits and vegetables market. 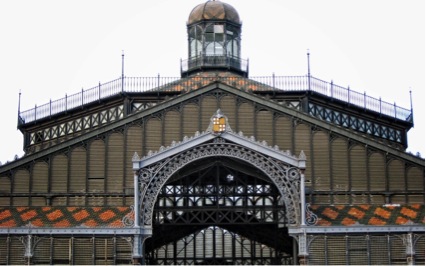 In 1971, during the same year as when the first stands were removed from Les Halles in Paris, El Born Market was closed due to the changing in the ways of consuming. After a debate regarding its potential demolition, its preservation was finally decided.

If you are a history lover, you will enjoy observing the records of the city of Barcelona from the 3rd century to the end of the 17th and the beginning of the 18th century. 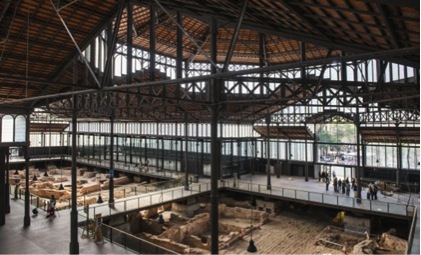 In addition to the archeological site, many cultural activities are organized all year long in El Born Cultural Center, such as exhibitions, concerts, debates, or movie projections.

The War of the Spanish Succession took place from 1701 to 1714. When Charles II, the last Habsburg ruler of Spain dies without leaving an heir, the two main ruling families in Europe are the Habsburg from Austria, and the Bourbon from France, which are both related to Charles II, therefore they both claim the throne.

In his will, Charles II leaves his kingdom to the Duke of Anjou. Louis XIV, king of France, accepts to honor his will.

In 1702, England, Austria and the Dutch Republic declare war on France and Spain. In 1714, Barcelona is the scene of the last battle of this war. On September the 11th, the Bourbons (France and Spain) won, and the Bourbon family has the Spanish throne ever since.

If you are interested in history, art, or culture in general, El Born Cultural Center is the ideal place to spend an instructive afternoon!

For more information about El Borne Cultural Center, you can visit the official website.