In addition to the usual New Year ’s resolutions, Spain has original traditions when it comes to New Year ’s Eve (Nochevieja in Spanish or Nit de cap d’any in Catalan).

First, for good luck, you have to eat a grape at each midnight chime, corresponding to the twelve months of a year, and to avoid you to choke, seedless grapes are available.

Also, wearing red lingerie is highly recommended, for it is a symbol of prosperity and love. This superstition is growing more and more popular over the years.

If you are concerned about your health, put a ring in your glass of cava, it is supposed to bring health and prosperity.

Now that you have done your best to ensure good luck and happiness for the next year, where will you celebrate Nochevieja? 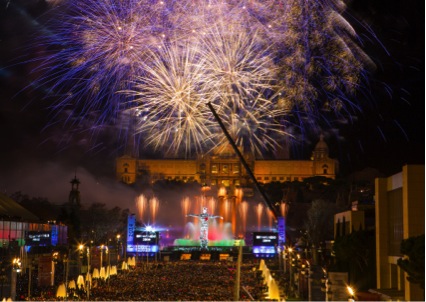 This is the “official” New Year ’s Eve celebration. For free and from 11 pm, you can watch a son et lumière show, and at midnight, a great firework will take place. The event lasts until half past midnight, but it is not recommended to make plans at the other end of the city for 1am, because the place is usually crowded, so you won’t be able to leave and take the metro immediately.

The Poble Espanyol invites you to one of the biggest New Year ’s Eve party in Barcelona. The entrance ticket includes the traditional grapes and four drinks to sip while enjoying the atmosphere and the music. 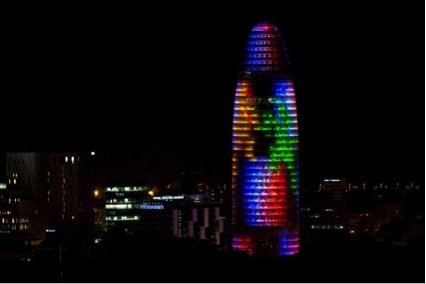 The most famous square of the city is usually crowded with people willing to celebrate New Year ’s Eve and party together until dawn. The atmosphere is fairly cosmopolitan thanks to the proportion of expatriate in the city.

Also, the Agbar Tower will change color for each midnight chime, so if you have trouble hearing them, just look at the tower to know when to eat your grapes!

Of course, many bars, clubs and restaurants propose special New Year ’s Eve parties for different prices. The best way to know is to go directly on their website.

Don’t forget your grapes and your red underwear to celebrate 2016 in style!