Festive parades to celebrate Christmas, the Three Kings, or Thanksgiving in some countries always have a very friendly, popular, and warm atmosphere. During the festive months of December and January, many parades with bright colors, music, dances and songs are organized in every district of Barcelona, you are sure to find one near your accommodation! 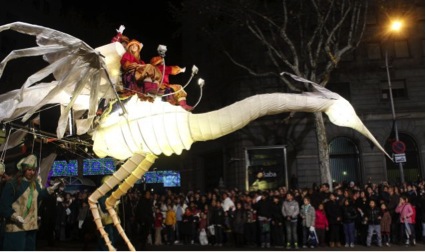 On December the 23rd, a parade in El Clot neighborhood will be organized from 11 am to 12:30 pm to find the Caga Tio, this log which, when beaten, “defecates” sweets. The parade ends at Plaça Doctor Serrat.

On the same day at 6:30 pm, Santa Claus’ cavalcade will take place in Horta-Guinardó district, starting in Plaça de las Palmeras and finishing in Plaça Ibiza. If you have never met Santa Claus, it could be your chance! 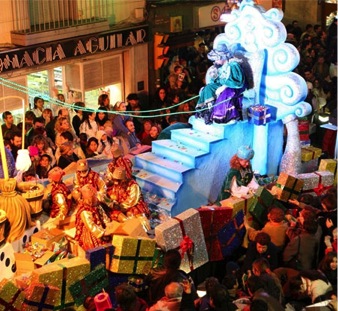 Between January the 2nd and the 6th, many parades and cavalcades are organized all over the city to welcome and celebrate the Three Kings. You are guaranteed to be able to attend one not far from your apartment. Different features can be organized according to the parade, before some of them, actors will play or tell the story of the Three Kings to establish a magical atmosphere.

The biggest one, famously known as Cabalgata de los Reyes Magos, takes place on January the 5th and starts at 4:30 pm at Port Vell with the Three Kings arriving on a boat, and ends at Monjuïc Magic Fountain at around 9:30 pm.

While waiting for the Three Kings in the port, activities will be organized. Also, the parade in itself will start at 6pm, for the Kings will address some words to the children who came to see them before the procession starts.

This tradition is very important in Spain, therefore chances are that it will amaze you for the parade is usually fairly spectacular. 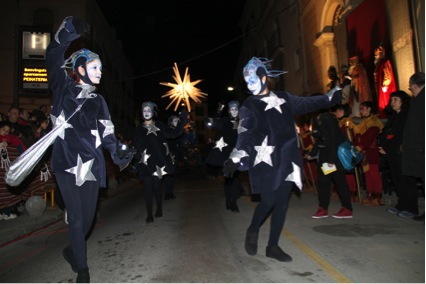 In Spain, the Three Kings bring presents to children on the night between January the 5th and 6th. These parades are the ideal occasion for your children to give them their letters, even though sometimes, the Three Kings cannot come before the 6th, so their assistants will collect the letters for them.

Don’t put all your eggs in the same basket, even if you have already sent a letter to Santa, you can send one to the Three Kings, it could be worth it!