Ancient Egypt culture is fascinating. The mysteries about this civilization, and especially its architecture that have not been solved yet entertain imagination and the craziest theories implying aliens or Atlanteans.

Located in Carrer de València, the Museu Egipci de Barcelona is a small museum provided with a unique collection belonging to the Fundación Arqueológica Clos, a non-profit private foundation. The museum is divided into thematic areas which we will set out. 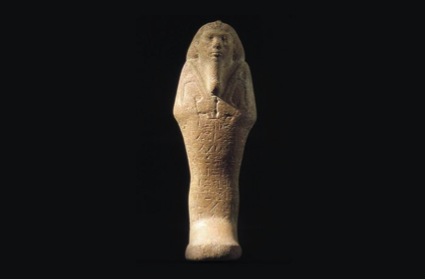 Leader of the state, the Pharaoh is at the top of the social pyramid and was considered the bearer of divine blood. His role was ensure the proper functioning of the universe by building temples to please the gods, leading the army, and he was the supreme judge of human quarrels. To show his power, he wore several symbols such as the Pschent (double crown), or the rearing cobra.

Discover their different representations and learn more about their History and symbols.

The society was strictly structured in a division and a hierarchy of tasks and social classes. Find out the different classes and their illustrations! 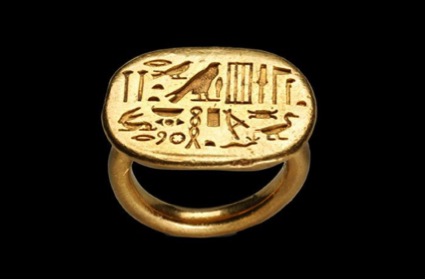 Amulets, necklaces, rings, many jewels from this civilization have resisted through time thanks to their material, usually gold and precious stones. Get to know the purpose of some of them and the techniques used to make them.

Egyptians used ceramics to make vases for various purposes, like conserving the dead person’s organs or more common ones like crockery.

Cosmetics and beauty seemed to be very important in Egyptian culture, for many objects and writings related to the subject were found. Egyptians were reserved about sexuality, and would usually refer to it in very subtle ways in works of art. However, there are explicit statuettes which you can see in the museum, but they were probably not considered art. 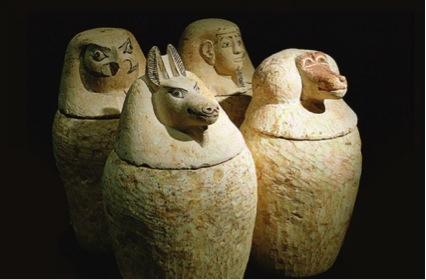 The Egyptians believed in afterlife, for this reason, they would treat dead people with great care and do their best to ensure and improve their afterlife, hence the mummification for example. The museum houses many objects related to this matter, and will enable you to learn surprising facts about it. 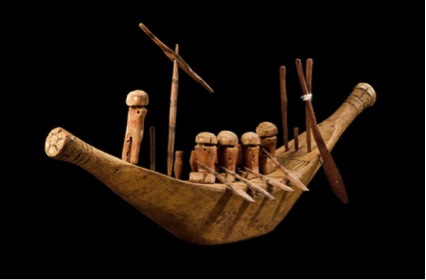 Still in the belief of afterlife, the burial chamber was filled with amulets, various objects, and even mummified cats to help the dead through his journey. Discover how the chamber was organized depending on the rank of the dead person.

Open to close relations, the funeral chapel enabled them to make offerings to the dead when they didn’t have a whole temple in their memory like Pharaohs. Find out what was hidden in them and why.

Built to please the gods, temples had to be magnificent and sumptuous to get closer to the gods greatness. Moreover, people had to take care of the god through food offerings, cleaning, dressing and songs to their glory. The temple was organized in different spaces representing the universe. Learn more details in the museum. 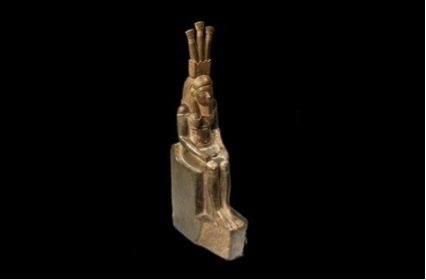 Very often represented with statues or paintings, we all have the half-human half-animal Egyptian god. There are gods for many concepts, ideas, and even more tangible things. The mythology around them is very rich and interesting.

Learn amazing facts about this mysterious civilization in the Museu Egipci de Barcelona!

For more information, you can visit the official website.