To whet your appetite before going to one of Barcelona best tapas bars, you can go for a biking visit of the city.

If you choose a biking tour with a guide, you can get to know the main landmarks, but also the ones known by locals only.

Barcelona is perfectly adapted to bicycling, indeed, to promote the use of bikes, the city put bike lanes in almost every street, which insures you to be safe during your visit, and you can rent bikes almost everywhere.

Get on a bike and visit Barcelona in a fun and healthy way! 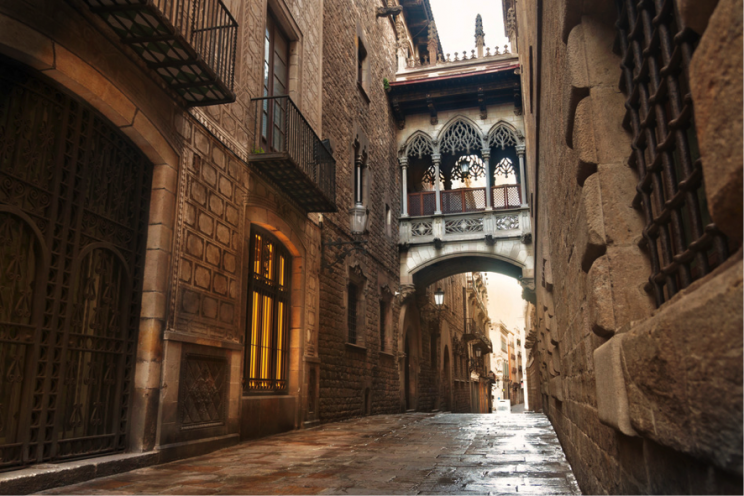 Former Roman city, most of the remaining monument of the old town are actually from the 14th and 15th centuries, hence the name of Barri Gòtic, or Gothic district. Barcelona’s Cathedral, in the center of the district, is the most significant and renowned building of the Barri Gòtic.

Very few cars run in these streets, so it is simply ideal for bike riders.

The Barceloneta and the Olympic Marina by bike

Fishermen started settling in the Barceloneta district in 1754. Today, it is a family neighborhood that seems to be apart from de city and that is well-known for its huge beaches.

The Olympic Marina was built for the 1992 Olympic Games. Two famous skyscrapers, the Mapfre Tower and the Hotel Arts, with a big goldfish sculpture at its base, define the entrance of the Olympic Port.

Both of them are very pleasant to visit on a bike thanks to the sea breeze. 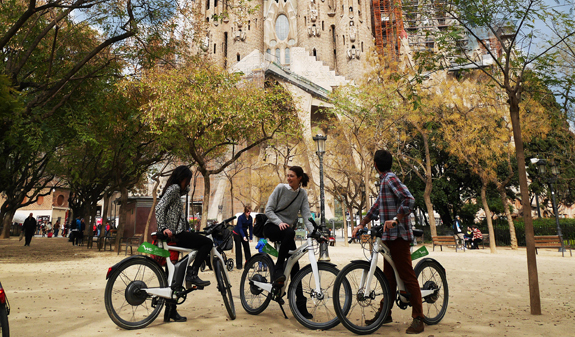 Gaudi’s impressive architecture is part of Barcelona’s essence. The Sagrada Familia, Casa Battlò, la Pedrera, when biking around the city, these are indispensable. Even though the Passeig de Gràcia is always crowded, bike lanes are here to insure your safety.

The bravest ones can continue on Gaudi’s route to Park Güell, but remember that it is in the higher part of the city which, even though it gives it wonderful views of Barcelona, can discourage the less sporty people.

Put you helmet and discover Barcelona in a fun and healthy way!