Opened in 1847, the Gran Teatre del Liceu is one of the world’s leading opera houses. Some of the most famous productions and singers in the world have performed on its stage. The main goal of the theatre is to spread works of art using music as their primary language to the widest possible audience.

But you can also simply enjoy the inside of this exceptional building and learn about its History thanks to different tours proposed by the theatre, during which you can visit many rooms. 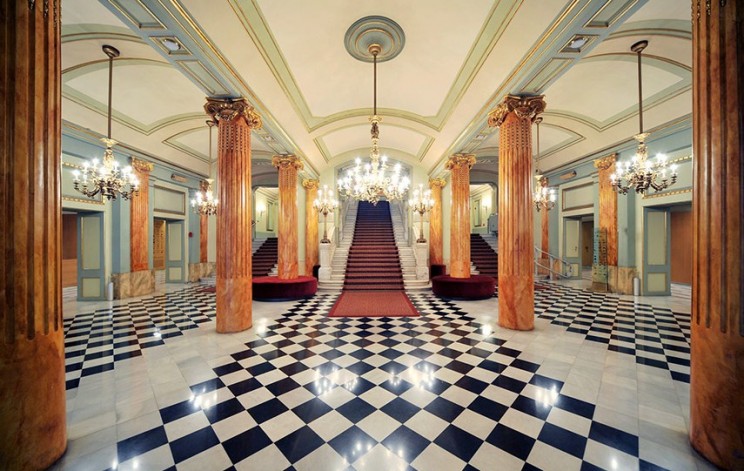 The vestibule, which was spared by the 1994 fire, is based on the Renaissance style, very popular during the reign of Isabel II. On the top of the central marble staircase stands the magnificent Muse of Music, a sculpture created by Venanci Vallmitjana. 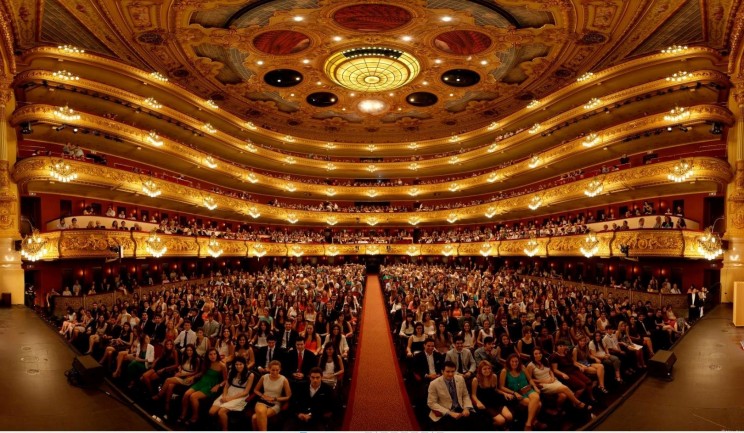 Destroyed by the fire in 1994, the Main Hall were rebuilt faithfully to the previous one, adding some improvements. Inspired by the Teatro alla Scala in Milan, the main hall is shaped like a horseshoe and has five levels, making it one of the largest in the world.

The paintings in the medallions on the ceiling were made by Perejaume. Five of them can be moved to reveal spotlights. 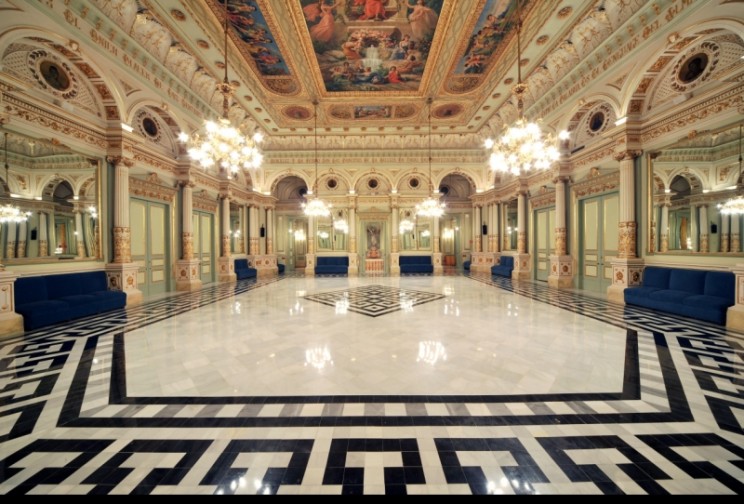 The Hall of Mirrors, with beautiful paintings on the ceiling and unusual texts about music and art on the walls, is a public meeting area.

The hall of mirrors was rescued from the fire and carefully restored, so that the original atmosphere of the Liceu stays the same.

The foyer, another relaxation area, is used as a café and for small concerts and performances.

The whole building is organized around the stage tower, its length being 40 meters above the stage, 24 below, enabling complex montages.

The Espai Liceu is the starting point for tours of the theatre. It holds a small auditorium to listen to music and watch projections of operas, a media library, a café and a shop with items related to the field of arts. It is a great place to feel the atmosphere of the theatre while waiting for your tour.

There are different types of tours, to walk in the steps of the greatest artists of their times, take the premium tour backstage, you will be able to see the private parts of the theatre with a specialized guide.

If you are interested about the tours and watching operas, ballets, concerts, or even family shows adapted to children and you want more information about it, you can visit the official website of Liceu.