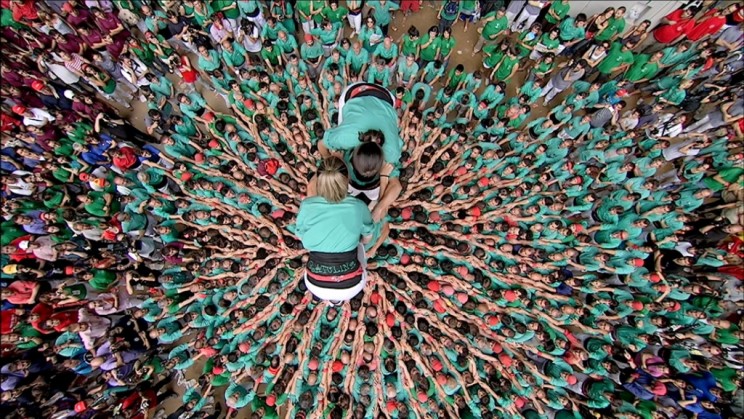 The celebrations of La Mercè are an appointment on the calendar of the city of Barcelona for all citizens as one of the most important events once summer end.

During the week of September 24, it is set a most entertaining program full of traditional, cultural, musical and festive activities.

From the Fuster Apartments Blog want to show you all the details of the celebrations of the Mercè so you don’t miss anything.

In La Mercè, Barcelona will fill the streets of numerous activities for both adults and children such as performances at street dance and theater type or proposed large format such as evening shows in the Parc de la Ciutadella for example in which dance, theater, music and a really captivating light effects combined.We can’t forget the essential and shows projections on different buildings of the city combined with excellent staging and music that had been occurring in recent years .

Another important thing in La Mercè is that the tradition is always present. La Mercè is a festival with over 200 years of history and therefore throughout the years, a symbol of identity of the city of Barcelona. Gegants and Capgrossos , Castellers , dancing Sardana or Correfocs are essential for the festivities are complete. Catalan tradition and culture are present during the week of La Mercè. Another important aspect to note is the facet of the music during La Mercè.

During the celebrations of La Mercè are combine two musical proposals. 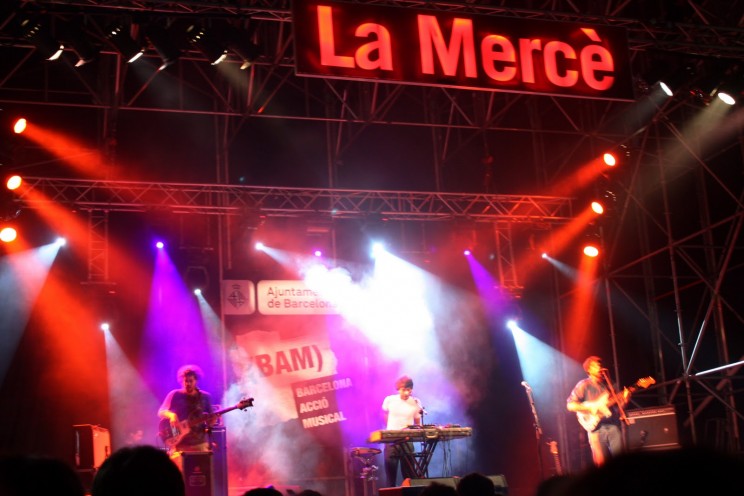 On the one hand we have the concerts set in the program of La Mercè and on the other hand held the BAM (Barcelona Musical Action), a festival of independent musicians who has the best figures of Catalan and Spanish music scene.So the fun is insured and has a wide range of music for all tastes and all ages. The long-awaited fireworks display occurs at the end of La Mercè, in the fountains of Montjuïc where the fireworks are explode to the rhythm of a musical. Not to be missed!

If you don’t want to miss any details of the festival of La Mercè, from Fuster Apartments Blog Barcelona we share the festive program of La Mercè.

Our Fuster apartments are located in the Eixample district of Barcelona. A perfect position to enjoy all the activities proposed by the Fiestas de la Mercè.Enjoy!