Montjuic is a hill in Barcelona which is overlooking the harbour, to the southwest of the city centre.

It is considered as one of the world’s most emblematic urban venues. It was built in 1929 and currently it combines tradition with an infrastructure that can be adapted to all types of events.The first event was the International Exhibition for which the first large-scale construction on the hill began and fostered the development of the zone.


Montjuic hill and its attractions

The surviving buildings from this effort include the grand Palau Nacional, the Estadi Olímpic (the Olympic stadium), the ornate Font Màgica fountains, and a grand staircase leading up from the foot of Montjuïc at the south end of the Avinguda de la Reina Maria Christina,past the Font Màgica and through the Plaça del Marquès de Foronda and the Plaça de les Cascades to the Palau Nacional.

The Magic Fountain is very popular because of its water arrangements, sound and lighting. 2,600 litters of water are pumped through this great fountain per second in three concentric pools which have a water recirculation system.Through its connection to the groundwater network of Montjuïc Mountain, the Magic Fountain and the three upper waterfalls are supplied with water coming from subsoil level.The magic fountain is a “must see” when you come to Barcelona and highly recommended. 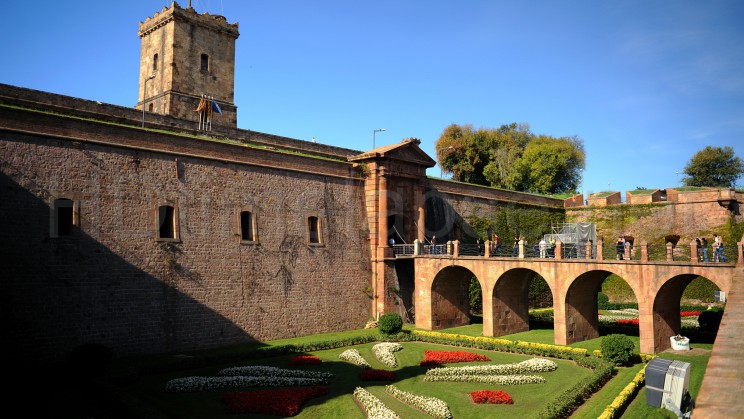 Another thing that is worth the visit is the Montjuic castle which overlooks the sea and Barcelona city from n altitude of 170 metres with superb views of Barcelona city and the port area.It is an imposing castle that dominates the city since 1640.

It was primarily used to repress the people during two centuries. Repression of the anarchists in the XIX century and prison for the political prisoners under Franco. In 1940 Lluis Companys was executed here. He was the president of the Generalitat of Catalonia. Nowadays is the only place of the city where you can see a statue of Franco. It also shelters a military museum.The views from the castle and the surrounding area looking over the sea, port and city below are the best part of making the trip here. Around the seaward foot of the castle is an airy walking track, the Camí del Mar , which offers nice views of the city and sea. 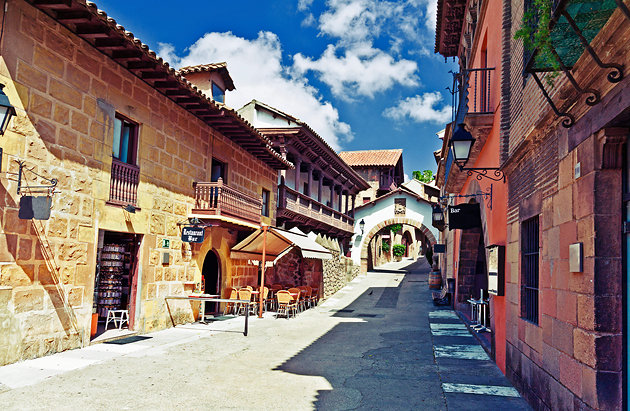 You should also visit the Poble Espanyol, or Spanish Village,which is an open-air museum comprising full-scale replicas of 117 buildings from different parts of Spain. It was built on the Montjuic hill for the 1929 International Exhibition in Barcelona and the diversity of its squares, streets and houses give it the feel of a real village.Its layout – a real village with a diversity of streets and squares, free of traffic and surrounded by nature – has helped create a special place where art, leisure and culture play a prominent role. 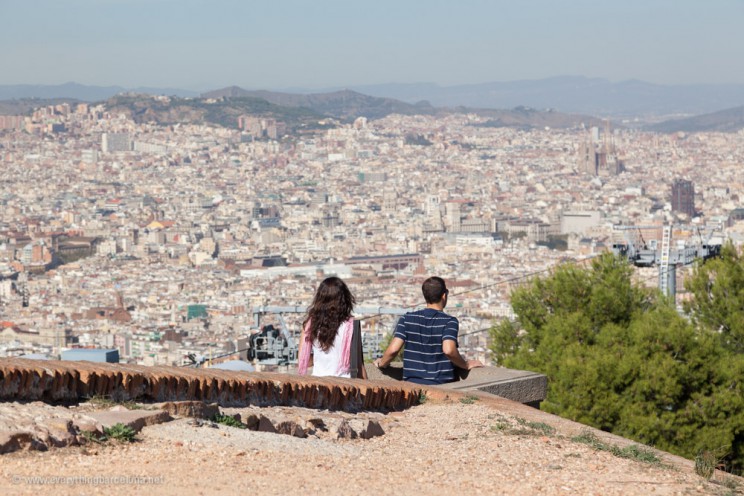 Today Montjuic is a mostly recreational area with a large number of sights and attractions that we recommend you to visit!