Gatsby is an elegant club takes you to the glitzy twenties Yorkers thanks to its gastronomy,design and the glamor of their cocktails.

The Roaring Twenties and the excesses of that era inspired F. Scott Fitzgerald to create one of the most iconic figures of the twentieth-century American literature, Jay Gatsby. He is a self made millionaire that took advantage of the Prohibition by making a fortune from bootlegging and built connections with various gangsters.Gatsby elaborate parties every weekend in his mansion in the fictional West Egg (a reference to Great Neck or perhaps Kings Point) of Long Island. The lavish parties were open to all comers, in an attempt to attract his love Daisy as a party guest. 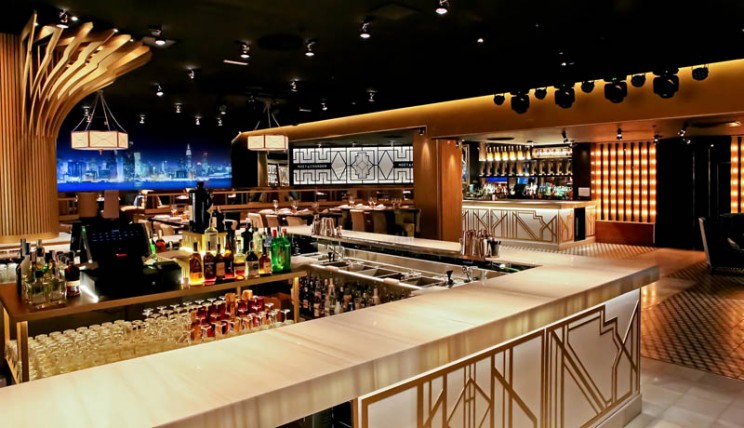 This fictional character provides the inspiration for Gatsby Clubhouse, the latest addition to the Barcelona club-restaurant scene. Just like the Prohibition Speakeasies could be found in hidden and unexpected places so Barcelona’s Gatsby is located within a shopping centre of Carrer de Tuset, one of the hubs of the city’s nightlife offering.There you will find also Ajoblanco, Bling Bling and Sutton. 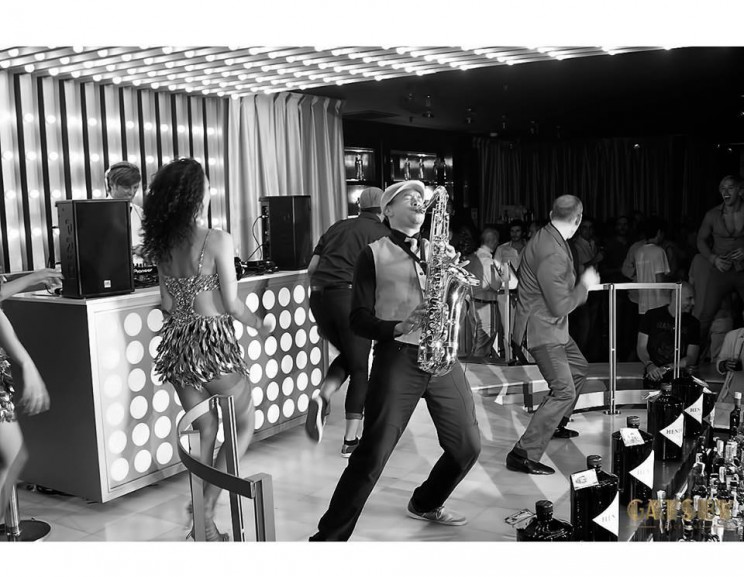 Much more than a nightclub

Gatsby club is a large space which is divided into different zones. When you enter the club you will see a raised stage area located directly behind a very suave cocktail bar at the entrance.

A central dance floor dominates the space with banquette seating as well as a number of private tables around it. The decor is inspired by the legendary fictional character from the book set in the roaring twenties.It is a contemporary imitation of Art Deco with some interesting light features and other details with gold and white shades.

Architect Daniel Poch and interior designer Alexis Cogul of “Danda studio” together with Project manager Manuel Guerra, looked after the architectural and designer elements of the project.

The power of the architectural project lies primarily in discovering such an unexpected space within the shopping centre location.

One night you will not forget

The food offering here has been put together by the renowned chef Federico Schatz Encina who has had twenty years of experience working internationally around the world. The menu includes the most creative dishes featuring some ethnic references and some internationally inspired options reflecting his eperience. Market fresh cuisine featuring seasonal produce with a touch of luxury reflecting the Gatsby theme.

In addition, the club also has an exclusive cocktail menu by renowned Jhonatan Solis Peñaloza. 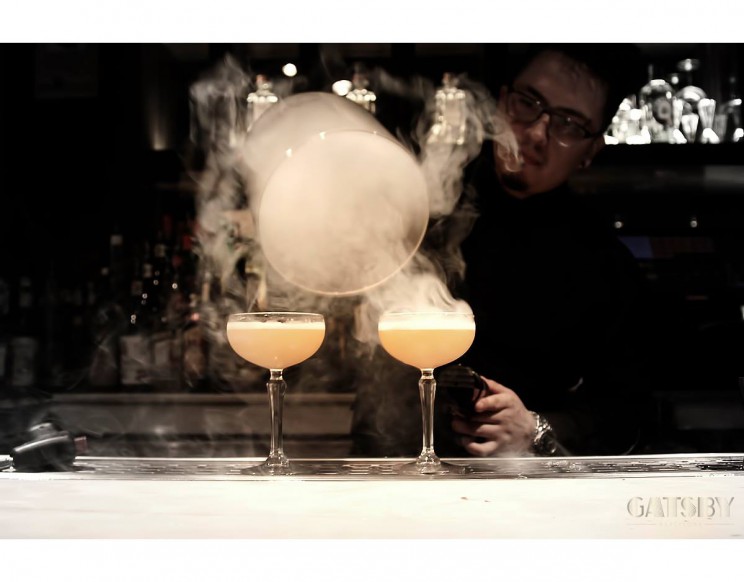 Gatsby is a space with its own identity. Live music, golden color, mystery, luxury and star decoration York ambience of this modern restaurant inspired by the elegance of the twenties.

We highly recommend it!