Camp Nou is a football stadium in Barcelona, which has been the home of Football Club Barcelona since 1957. Visit the stadium and learn another history of the best players in the world.

When you go to the stadium tour you will feel like one of them.

One of the best options is the Camp Nou Experience which has become an obligatory stop for visitors of Barcelona.

The Experience includes a walk through the most emblematic areas of the stadium with audio guide and access to the Barcelona museum.Private guides are available against additional payment. The Camp Nou Experience typically takes between 90 and 120 minutes.

There are no tours on the day of a match and there is limited access the day before a Champions League match.

No reservations are required for groups of under 20 people, but they can still be made online.

You will have the chance to see the twenty-three Liga and five Champions League trophies that FC Barcelona have won over the years.You will learn more about the history of Barça in the form of interactive tables and wall displays. 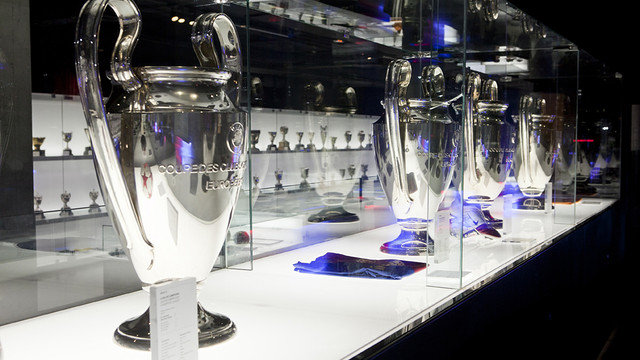 There is a special area dedicated to Argentinian superstar Leo Messi, where you can see his four Ballons d’Or and his three Golden Boots, and enjoy all of his goals on two interactive walls.

Moreover,you can go to the playing field.The magical place that every player wants to tread. There is no doubt that you will get some of the finest views of the Camp Nou from here.

You will also visit the mixed zone and pressroom.This is where the post-match activity takes place, where the manager and his players speak to the press after games at the Camp Nou.

Ther is also a Visitor´s dressing room which is a special place that has been used by legendary players from some of the greatest teams in the world that have had the honour of playing at the Camp Nou. 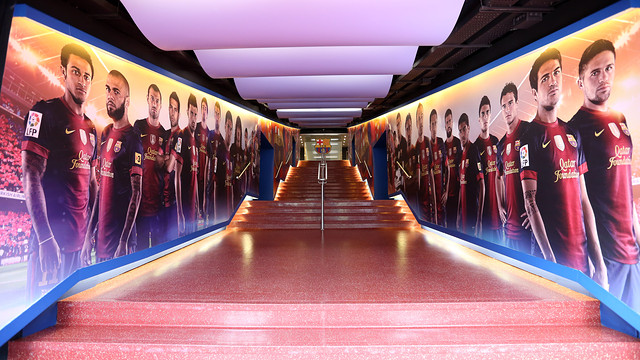 When you go through the player´s tunnel you will feel what it is like to be a player about to walk out onto the Camp Nou pitch with the sound of a capacity crowd in the background.

With the Camp Nou Experience you will also have the chance to visit the commentary boxes , where TV and radio commentators from all over the world broadcast the action.

How to get to Camp Nou?

Camp Nou is located in the east of Barcelona, at about 5 kilometres from Barcelona’s city centre.

The stadium is easy to reach by metro. Various stations lie close to the stadium and from all of them it takes an approximate 10-minute walk to reach the stadium.

From the city center you can take metro line 3. Take the metro in the direction of Zona Universitària and get off at station Les Corts. The next two stations, Maria Cristina and Palau Reial, are equal alternatives. The journey from the centre takes about 25 minutes.

If coming from the area around the Sagrada Familia, you can take metro line 5. Take the metro in the direction of Cornellà Centre and get off at station Badal or Collblanc.