The second edition of the ÚS Barcelona graffiti festival will take place in Poblenou for two days – 9th May and 10th May. Last year the festival gather together more than 9.000 people who came to see 30 artists from all around the world paint the walls of the old Encants market. A lot of the works can still be seen from the new Pl. de Glòries.People were able to enjoy a day filled with urban art and activities.

This year, ÚS Barcelona invite people to take part in the creation of artwork with the aim of transforming the area with the participation of the residents themselves.

‘It will be held in Barcelona Pere IV street (between C Fluvià and Selva de Mar).In the district of St. Martin, known formerly part of Carrer Pere IV, as “neighborhood tomato”, today Provençals neighborhood of Poble Nou.Sant Martí de Provençals is recognized and remembered for its textile industry, to the point where it is known by many as the “Catalan Manchester “.It was the industrial center of Barcelona and the big factory in the western Mediterranean.Poble Nou hosted mostly industry of the city, from the Meadows Indiana eighteenth century up to the big metallurgy and a variety of productive sectors in the mid twentieth century.The decline of the industrial zone and urban changes have made many areas of Sant Martí de Provençals have lost functionality. 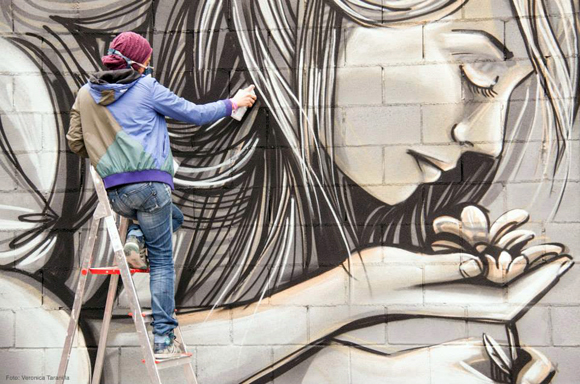 With an ethos focused on participation, new formats and new trends, Ús wants to offer the chance to contribute to the transformation and improvement of the streets.The event is based on a wide-ranging concept, since it will not only include the creation of street art murals, structural forms, visuals and interactive experiences, but also participatory artistic performances, workshops for adults and children, conferences, music, cuisine and an art market, among many other activities. 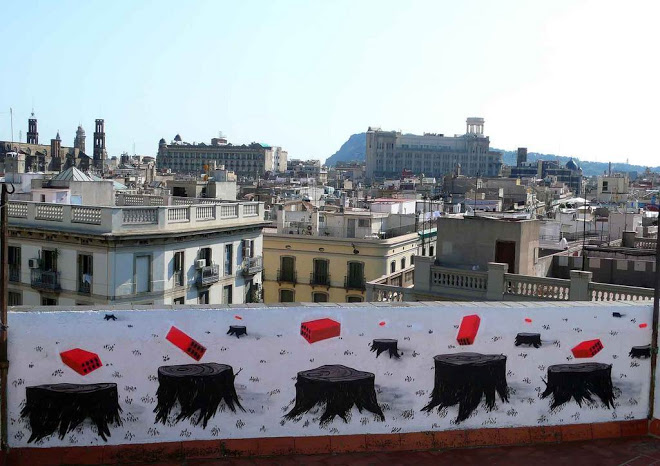 Art in public space is a valuable instrument to act in the city and to give voice to social, physical and emotional fabric of the community. The open public spaces such as streets or squares possess a great symbolic character.Within this perspective, the will of the festival has been one of generating dynamics of participation among the artists and neighbours, with the objective of generating complicity that contribute to an improvement of the neighbourhood and to a common representation of its history, its past and its needs.

Art is a natural dynamizer of public space and has the potential of giving life and dignity to empty spaces!