The fifth edition of the D’A – Barcelona International Auteur Film Festival will take place from 24th April to 3rd May, 2015. Each year the festival offers an extensive review of the present-day world cinema.It is a cultural hotspot that is already deeply rooted in Barcelona. Despite only having four editions, the D´A has already positioned itself as a top event for enjoying the best art-house and independent movies that has been currently made around the world.

Viewers are invited to enjoy movies that have had long and successful impact.Structured into different parts, the Festival will screen more than 70 movies.This D’A film festival is a unique experience that combines screenings and workshops with the directors who will have dialogues with the public.It is open to everyone! 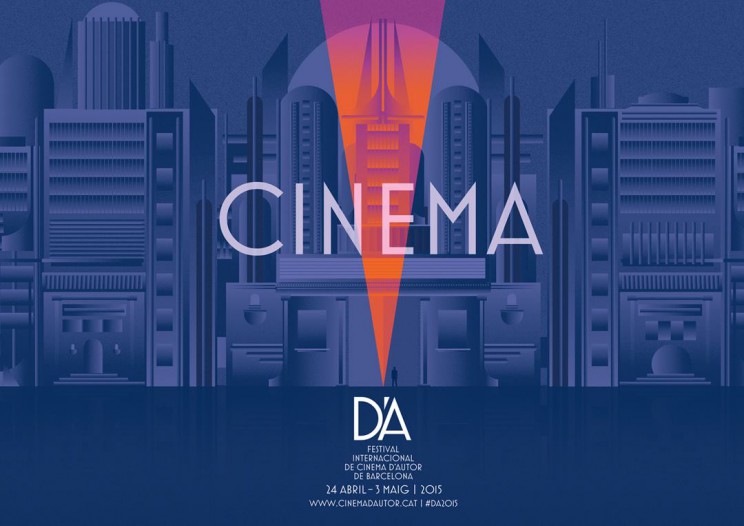 The festival started on April 24 with Saint Laurent from Bertrand Bonello(France, 2014).The D´A festival is an excellent opportunity to watch the films of the most important current European cinema. The closing of the festival will be given to an old acquaintance of the festival,MIA Hansen-Love, who will present his latest film, Eden (France, 2014). In addition to the sections Direccions,Talents, Futures (Im) possible,Retrospective Bertrand Bonello,Transitions and Tribut Alain Resnais,this year the festival presents three major changes.

This edition offers new features like the celebration of the first Conference on Strategies for Marketing Professionals of the Independent Film and the first Campus D’A conference, aimed at young critics and film journalists. For the first time, a talent prize of 6,000 euros will be awarded, which will be added to the two awards already granted by D’A, the Critics Award and the Audience Award.

The price of the single ticket for the Cinemes Aribau Blub and CCCB is 7,5€ .You can buy them online and have them printed or saved on smartphone.

Ten days to enjoy a unique experience, and fully rooted cultural event in the city of Barcelona!Do not miss it!